For all of life’s moments, we experience every day, detecting a lump is a moment that brings pause.

Breast cancer — 1 in 8 women will be diagnosed with it in her lifetime, and in women, breast cancer death rates are higher than any other cancer besides lung cancer.

But, this is not the story many women tell nor the statistic they want to carry.

These women are survivors, as is the case with Shelley — co-founder of Proven4. It’s their stories that not only pull hope from our spirits but cultivate awareness around breast cancer so that others may take action in both prevention and treatment.

It was February 2015, Shelley was in the best shape of her life. She was committed to her health and loved strength training four days a week.

Each week passed with each month and in all this time — the moments she felt great and alive — came with the detection of a pea-sized lump in her right breast in June 2015. 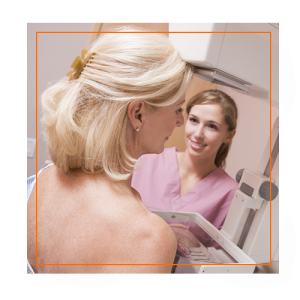 As a woman, when you detect a lump, sometimes the first thought isn’t, “oh god, I have breast cancer” but it’s more along the lines of “it’s probably just hormones” or “I feel this lump, I’m going to keep an eye on it, and I’m not going to panic in this moment.”

While every woman is different and entitled to experience this moment however she needs to, if the lump doesn’t go away, it’s time to schedule an appointment.

And, that’s exactly what Shelley did in July 2015. She made the appointment for a diagnostic mammogram, yet no lump was detected. But Shelly still felt it.

This is confusing. Was her body lying to her? Was she overreacting? There are so many thoughts that come with a mammogram that shows up clearly.

Shelley, still feeling the pea-sized lump, persisted and advocated for her health with a breast ultrasound that same month, this time there was a confirmed lump finding a solid small mass.

This is not the news you ever want to receive, but at least the lump was confirmed. Yet breast cancer couldn’t be ruled out. Shelley’s biopsy was scheduled at the end of July where the head radiologist told her everything looked fine and there was nothing to worry about. So, like any other person, she went on with life and enjoyed spending those last days in July at her son’s baseball tournament. 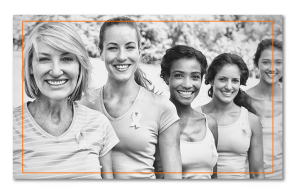 It wasn’t until the first week in August 2015 that she received a call from her OBGYN with the results of the biopsy — it was confirmed breast cancer, specifically, estrogen positive invasive carcinoma stage 1.

It was this moment that knocked the wind out of her. That phone conversation is so vivid — she remembers walking out onto the porch and sitting against the wall hunched in fear, hoping her children didn’t see the fear mixed with tears.

How do you go from happy, healthy, and spending time cheering your son on at a baseball tournament, to a week later receiving a cancer diagnosis?

August 2015 was booked full with doctor’s appointments, scans, tests, and blood work, not to mention first opinions and second opinions — anything and anyone that could shed more light on the diagnosis. There is so much to navigate when you receive a breast cancer diagnosis that you go into a problem-solving mode — it’s finding a breast surgeon and getting treatment options, while you’re sifting through all the information to make an informed decision.

It was recommended to Shelley to undergo a lumpectomy and radiation by two well-known hospitals in Michigan. She was also informed that her cancer was invisible to mammograms and that 30% of all breast cancers are, in fact, invisible to a mammogram. 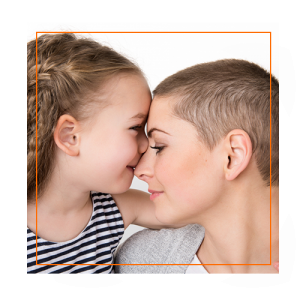 After carefully considering all her options, Shelley made the decision to undergo a double mastectomy after finding an incredible breast surgeon — she was ready. Ready to fight for her life, her children, and her friends and family.

Getting a diagnosis and creating an action plan, however, doesn’t prepare you — it provides you a path to journey but that doesn’t mean you’re not still scared silly. It’s an amalgamation of being ready and determined with fear and uncertainty.

In August 2015, Shelley had a double mastectomy with six lymph nodes removed.

There is so much to unpack in this surgery — was it successful and what is the pathology report? It’s also a surgery that left Shelley, and so many other women, needing to come to terms with their new body.

Amidst all the change, Shelley received great news — the lymph nodes were clear and the cancer had not spread. And then there was the news that a larger tumor was found in the same breast, which also went undetected by the mammogram.

Had Shelley opted for the lumpectomy and not the double mastectomy, the cancer would have still been present and another journey marked out.

It was at that moment and in the decision to get the double mastectomy that Shelley was so thankful for the blessings to get that surgery.

The next six months, the journey of healing and recovery was rough — there were still frequent doctor appointments and breast reconstruction that was painful beyond words. It’s in these moments when you don’t ever think you’ll make it through, afterall, Shelley had a business to run and a family to raise, and she was facing all this on her own. 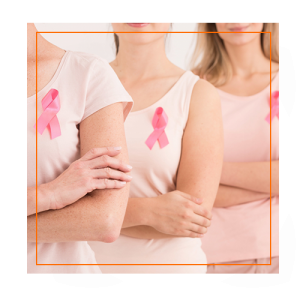 But, you emerge and somehow you get through it. You rely on your family and friends and lean into your faith in God to somehow pull you up and out of your darkest moments.

February 2016, Shelley had her final breast reconstruction surgery where the spacers were out and the implants were placed in, and around this same time she was placed on tamoxifen, which is a powerful drug with many side effects, for the next ten years. In the end, there was no chemotherapy or radiation, which Shelley was very thankful for.

And now we’re here, in the present. Shelley is cancer-free and reveling in those little moments that seem uncertain when you’re battling for your life. She’s running her business and raising her kids, and adjusting to the tamoxifen.

As a preventative measure, Shelley is scheduled and underwent a hysterectomy because both uterine and ovarian cancer become more prevalent after being diagnosed and treated for estrogen-positive breast cancer. Then there is managing this life-altering disease — bi-yearly oncologist appointments, continued tumor marker blood tests, and yearly lung scans. In all of this, there are many physical and emotional battle scars, but through all of it, Shelley has found her faith was strengthened more than ever.

Of course there are bad days, but surviving breast cancer is something that gets weaved into the fabric of your day-to-day life — it is a part of you and never really goes away. Breast cancer changes you and maybe stirs something in you — the sunrise is more beautiful, your kid’s laugh is more infectious, and the moments sink in deeper.

Shelley is here. She is alive and thankful.

October is Breast Cancer Awareness Month — this is the month we honor those who have lost their battle and cheer on and support those who are amidst the storm. It’s also a time for women to be an advocate for their health and perform self-breast examinations to feel for any lumps that might be present.

We are here for you,  whole-heartedly cheering you on and keeping you in our thoughts and prayers.

To all those suffering, my heart, love, prayers, and admiration go out to you. You are beautiful warriors who are strong, brave, and amazing.

Breast cancer is a treatable disease, but we cannot stress how important both prevention and early detection are. Learn more about self-breast exams and breast cancer prevention at the website below!

Stay in Touch with the Proven4 Community